Veterans get call to rods for annual memorial day

Veterans get call to rods for annual memorial day

Dave Gaden of Reel Time Fishing Charters said after the success of last year's inaugural free event, that he was excited to be hosting it once again.

The deep sea fishing trip is free to all returned servicemen and is named in honour of Gaden's father Bob who fought in the Korean War. 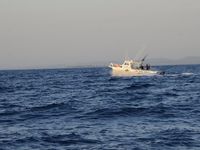 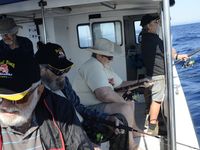 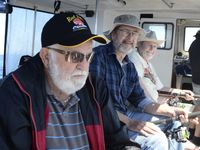 Last year's fishing trip attracted a healthy crowd of eight ex-servicemen but this time around Gaden has double the seats available and is hoping to fill each and every one of them.

"I don't think returned servicemen in this country are treated with the respect they should be," Gaden said following the trip last year.

"The reason I get to live the way I live and do the things I do like take people fishing for a living is because of these guys."

To book your spot on the memorial deep sea fishing trip get in touch with the crew at Reel Time Fishing Charters on the phone at 02 6646 1994.