IT'S only a month until the community comes together to celebrate the Urangan Pier centenary.

The pier was officially opened on March 3 1917. 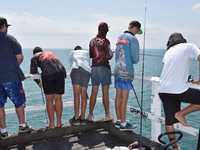 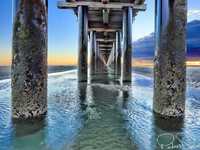 The birthday celebrations will kick off with a book launch by the Hervey Bay Historical Society on March 3 and the special railway picnics will be recreated along with fames, food stalls and games to celebrate on March 4.

Fraser Coast Deputy Mayor George Seymour said they wanted the celebration to be both enjoyable and educational.

"The idea is to recognise the major impact the pier has had on the development of Hervey Bay," Cr Seymour said.

"The pier has had many uses for importing and exporting goods and now as a recreational pier we want to recognise and celebrate all of its uses and history," he said.

One aspect of the celebrations will be re-enactments of the Railway Picnics when thousands of children and their families visited Hervey bay by train on a single day, participating in organised games, with entertainment and food.