The search is on for new radio presenters

The search is on for new radio presenters

PAUL Ordish had dreamed of working in radio for a long time, but being considered legally blind, he wasn't sure it would ever happen.

"We were looking for something to do in our lives," Mr Ordish said.

"The opportunity of being involved with what is now 96.5 (in Brisbane)... I volunteered to help out originally."

But Mr Ordish's fate was sealed, he and his wife Carol started with the lunch program before moving into the morning slot.

"I was supposed to be his chauffeur," Mrs Ordish said about joining in on the show. "And he said, 'you can't sit in the studio doing nothing'."

When the Ordish's moved to Grafton from Brisbane, they helped set up the station that is now Loving Life FM and worked on many different programs as well as training the next generation of radio announcers.

Now, with years of experience working in radio, the Ordish's are helping new and young presenters develop their own voices.

"We have helped a lot of young people... we have people who have started with us and are now on national television and radio," Mr Ordish said.

"All because they came to us and wanted to volunteer their skills."

Now, with a new upgrade to the studio, Loving Life FM are looking for new presenters so the station can have more live shows.

"The idea of the young people coming in, we get alongside them and train them in a practical situation... they get mentored and encouraged," Mr Ordish said. 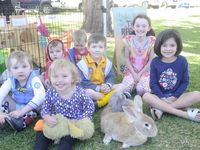 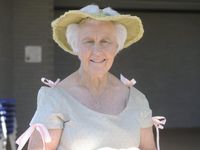 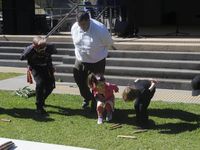 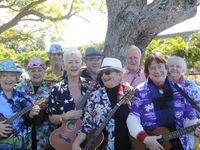 Engaging and communicating are Mr Ordish's favourite things about working in community radio.

"I like the fact that you're reaching out to people, you're engaging with people," he said.

"That's something a lot of people don't get, that you can actually relate on a very close level."

FM1031 Loving Life in Grafton is run totally by volunteers. If you are interested in volunteering you can ring the station on 02 6642 5097, email at admin@fm1031lovinglife.com.au, or drop in and see them at 91 Fitzroy Street, Grafton.