TRAVEL author Ann Rickard gives us her top ten reasons to love the South of France in summer, a place she returns to year after year.

The climate: The south has 300 days of sunshine a year with average summer temperatures in the high 20s early 30s. You'd have to be unlucky to visit in summer and not be bathed in sunshine.

The language. Is there another language in the world that sounds so gorgeous? You'll enjoy just being surrounded by its lyrical loveliness. Within a day of a visit you'll be chorusing 'bonjour' and 'merci' to everyone you encounter. 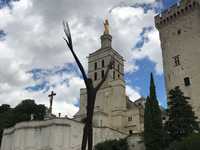 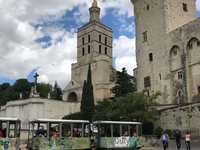 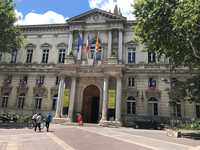 The countryside. Smiling yellow sunflowers at every turn, lovely leafy plane trees lining back roads, mauve fields of lavender shimmering in the sun, red poppies dancing on the roadside and endless rows of lush grapevines... happiness everywhere and reassurance you are in the South of France.

The wine: It's very good and super cheap. Supermarket shelves are stacked with wines with labels that bring to mind regions you have only dreamt about. We love buying wine from the co-operatives in the countryside where the wine is pumped straight from a vat into a container, just as you would pump petrol into your car. For just a few euros you can fill your container with five litres of good stuff.

The dining: It is difficult to find a dud meal in France, even in the most modest establishments. The French love local produce cooked without fuss, vegetables take centre stage, and the excellent bread is free and keeps coming throughout each meal. Most bistros and cafes have pix fixe menus of three courses at reasonable cost which means you know what you'll pay before you eat, and the house wine by the pichet (jug) barely adds to the cost.

The towns and villages: Some of the prettiest villages in the country are found in the south, from the rocky spectacle of Gordes and Les Baux to the leafy charm of St. Remy and the red-earth vibrancy of Roussillon. Then there are the towns of Avignon with its grand and gothic Palais des Papes (where the popes lived during the 14th century), and the Roman amphitheatres in Nimes and Arles. L'isle sur la Sorgue is called the Venice of Provence for its many canals and waterways. In smaller villages such as Menerbes and Bonnieux the petanque players will put you right in the heart of Peter Mayle (A Year in Provence) country.

The cheese. Oui, sil vous plait. With more varieties than there are days in the year and every region having its own varieties you'll be in a cheese frenzy. Start with the familiar - a soft camembert, a runny brie - building up to daring varieties with names you can't pronounce (try a Munster and then a Sainte Nectaire followed by a Roquefort. Better still, set a goal to try a new-to-you cheese every day of your visit.

The history: The Romans swept through much of France 2,000 years ago and left a legacy which exists in many parts of the countryside today. A stand-out, the three-tiered Pont du Gard, the ancient aqueduct the Romans built to carry water from a spring in Uzes to Nimes 50 kilometres away. An engineering marvel that astounds.

The patisseries: Even if you don't own a sweet tooth you will love standing at the window of any patisserie in any town or village. Almond croissants, macrons, pain au chocolat, mille-feuille, tart-tatine, citron and strawberry tarts...the pastries are displayed as though they were precious jewels. Give in...don't even try to resist.

The beaches, the glam: While we have some of the best beaches in the world in Australia, it doesn't hurt to be so close to names that send tingles up the spine: Nice, St. Tropez, Villefranche, Cap Ferrat...you don't have to say another thing.