WRITERS and poets from all over the Sunshine Coast were represented at the Noosa Arts and Crafts' writing competition awards night last Friday at Wallace House.

The short story and poetry divisions attracted 90 entrants from Mountain Creek to Tewantin and Caloundra to Yandina and association president Jan Bentley had difficulty restraining her delight at the quality of the work and the overall success of the competition.

She said the competition had previously been held by the Sunshine Coast Literary Association and when it folded last December Noosa Arts took on its financial members and their remaining funds were used to run the event this year.

Jan was one of the short story judging panel and said the standard was "high and full of good ideas."

Robin (63) of Mapleton is a prominent poet, performing his own works at poetry festivals throughout Australia, notably in Tasmania, South Australia and Queensland.

His entry, "The Storytellers' Tale" won from 52 entries and Robin said he is developing it into a book which he will publish as an eBook later this year.

First of the 38 entries in the poetry section was John Brinnand, of Yandina, a retired psychotherapist.

John (62) has a poem in an anthology about refugees called "Writing to the Wire" to be published by the University of WA Press in July. "I've seen drafts of it and I'm impressed by the company I've been allowed to keep," he said.

Noosa's writing talent was also on display with Sheila Mason, Celia Esplin and Grayham Bickley of Noosa Writers, local author Neville Mills and Julie Hyndman reading some of their work. 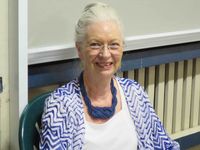 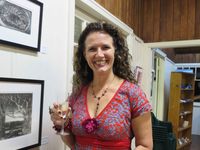 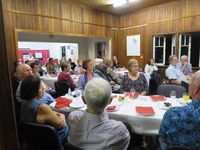 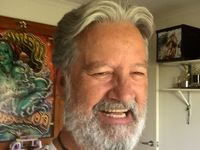