After losing two of his best mates in New Guinea during World War Two, the emotional enormity of remembering the fallen soldiers he served with, is too much for the 91-year-old to bear.

"Maybe I'm too soft, too temperamental," he said.

"My tears run too much and I show myself up.

"You still can't stop going back and thinking about it."

One fellow soldier, Norm refers to as 'Stephens,' lost his life in such a horrific way that he will never forget.

They were stationed at Goodenough Island off the east coast of New Guinea, sleeping in tents through torrential rain, with only a movie once a week to lift their spirits.

Japanese snipers would sit in the trees, hoping to pick off the Australian soldiers during the night.

That, at least, would have been a quick death. Stephens was not so lucky.

Specific trenches were dug for lavatories and a 'cleaner' would come through once a night to pour petrol through the trench and set it alight with a match.

One night Stephens woke late during a downpour and walked over to the trench, at the same time the 'cleaner' had to go fetch some new matches because his were too wet.

Unbeknownst to Stephens, the trench was full of petrol. As he hunched down, lighting a cigarette, he dropped his match onto the ground beneath him.

He went up in flames.

"He got sent back to [Port] Moresby, but they could do nothing for him and he died," Norm said.

Norm served for 22 months straight in New Guinea before contracting malaria and being discharged back to Sydney, by which time the war had ended.

"They didn't know it was malaria until the yankee doctor came through," Norm said.

"They thought I had a bad case of the flu...it was a bad flu all right."

Upon returning to Australia, Norm was given a one way ticket to anywhere in the country and he choose Cairns.

"While I was up there my dad gave me a ring and said 'would you like to join the police force?'" he said.

Norm began his 38-year career as an officer, initially working all over Queensland in different positions, going wherever they needed him.

He improved his knowledge and experience enough to be stationed as the inspector for the Caloundra region.

Later, he was positioned as the officer in charge of the water police, travelling throughout the state to find appropriate places for them to patrol.

Retiring to Yeppoon at age 58, Norm and his wife started their own farm, growing lychees, mangoes and avocados.

They gave this up to move back closer to their children and settled in Caloundra.

Norm's wife passed away three years ago, a very patient and supportive wife, who followed him all over the country.

"She minded, but she put up with it, she was just one of those people," he said. 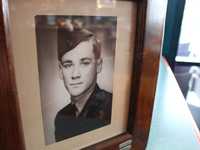 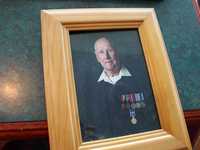 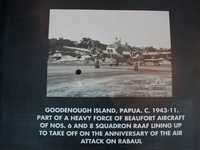