A traveller's dream in Avignon, France

Pilgrimage to the resting place of Vincent van Gogh

Stretching your legs up the Amalfi Coast

Market a way of life in Uzes

The Leaning Tower of Pisa
Travel

THE Greek Island of Mykonos is an island synonymous with parties, noise, loud music, young people and night clubs that open from midnight till dawn. A holiday destination that certainly doesn't sound like the choice of the senior's community.

But 12 years ago, we discovered a small bay about five kilometres from the main town, away from the usual hedonism associated with Mykonos.

Psarou Bay is small sandy beach, lapped by a serene sea dotted with fishing boats and was all anyone could want in a Greek Island.

But at first, we were cautious. If you are going to Mykonos, you want to be in the famous town with its paved grey-and-white labyrinthine streets, its famous windmills, shops, the port, the restaurants … all the dazzle.

"We can always hire a car and go into town when we want," I said to the husband who was not keen on staying so far out of town.

We found a family-run place right on the beach called Soula Rooms, owned and operated by Soula, her husband Timmos and their twin daughters, Nansy and Barbara, both in their 30s.  The accommodation had just a dozen or so spotless white villas containing a bedroom and small kitchen.

Next door, a small taverna presented seafood and retsina at modest prices. Simplicity melded with paradise.

And best of all - swimming in the gin-clear sea was an experience like no other.

We revelled in our discovery.

Soula and her family became our family and we make the pilgrimage every year.

As for the drive out of town? No problem at all. If we needed the lights, sounds and parties of Mykonos, it's there waiting.

For the first five years we left the serenity of Psarou Bay a couple of times a week; visiting the town, enjoying cocktails in Little Venice, shopping for sparkly sandals and snazzy swimwear. On several daring occasions, we even stayed out until the very early hours, crowding into the tiny Piano Bar after midnight.

Then Psarou Bay changed. The modest taverna next door upgraded, became super swish and began attracting celebrities and billionaires. The beach was taken over with the taverna's sun-lounges; a hundred or more of them crammed so close together you were virtually in your neighbour's lap.

Every year the changes became more significant. Service on the beach is now so stylish we are taken aback. Girls in G-string bikinis stroll the hot sand taking drink and food orders, relaying them back to the taverna kitchen on little technical gadgets. Within minutes a strappy beach boy comes striding along the beach bearing silver buckets of champagne. Slow, sexy music rolls from large speakers and floats over the beach and out into the water where the super yachts sit at anchor.

Every year Psarou Bay has become more and more desirable to the A-listers.

This year, as usual, we spent two weeks at Soula Rooms, greeted warmly by Soula and her family. They give us the same villa each year, on top of a small hill with views over the bay and its super yachts. Sadly, there is not a fishing boat in sight anymore

Hiring the sun-lounges on the beach is now out of our price range at $EU120 a day. But we compensate, climb over the distant brown hill to Plastis Gialos beach, nowhere near as trendy as Psarou Bay, but where the sun-lounges cost a realistic $EU25.

We still marvel at how Psarou Bay has changed in the past decade. We feel smug that we discovered it long before the fashionable set did.

Now we just enjoy sitting back and watching the daily scene in Psarou Bay as it evolves from mid-morning (no-one on Mykonos seems to get out of bed before 11am) until early evening.  All the hundred-plus sun-lounges are occupied by 2pm and still the beautiful people come and queue and hope to get a lounge for the day. The booze starts flowing heavily around 3pm and by 5pm, champagne is purchased by the magnum, so is vodka.

The entire beach is awash with a party vibe by 6pm. The once-small taverna is packed with women in skimpy bikinis and brash young men in shorts. Then the music ramps up and the dancing begins. Up on the tables they go, gyrating and moving provocatively in their swimwear. They dance on the beach, on the sun-lounges, in the water.

Psarou Bay is a scene that opens the eyes to the senior guest. You either love it or hate it. We're not sure now where we fit in. Opinion An Indigenous academic says the Black Lives Matter protests were “ridiculous” and the “rent-a-crowds” did not care about the real issues. 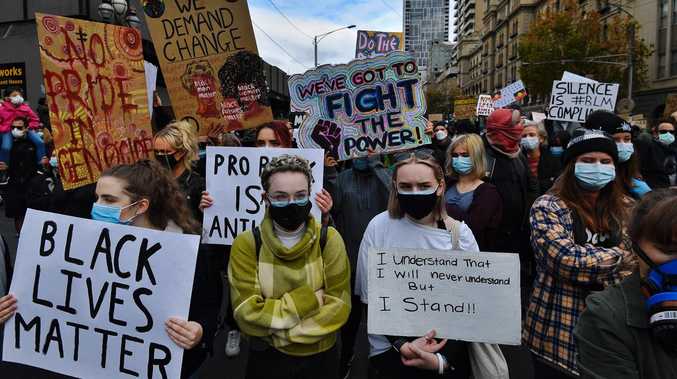 Politics Politicians from both sides of the divide are concerned about the health of people attending protests in support of Black Lives Matter campaign. 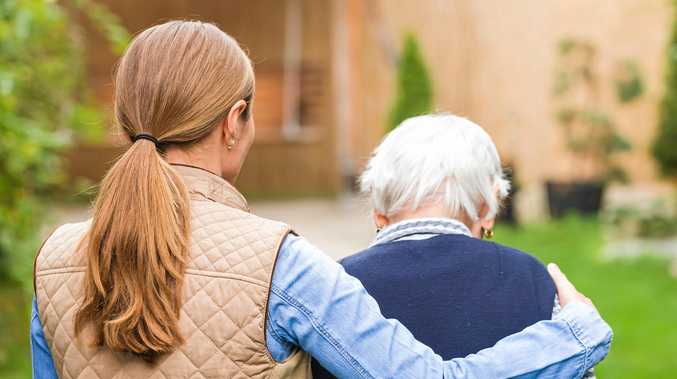 Politics Labor and unions are alarmed that a promised retention payment for aged care workers is now being taxed. News Marie-Louise (Marlies) Green didn’t think she would make it to 100.