No fireworks in Grafton for New Year's Eve

No fireworks in Grafton for New Year's Eve

Clair Morton Journalist Although I’ve moved around a bit, I’m a Queensland girl at heart with a love of the ocean and the mighty maroons. Since moving to Grafton earlier this year I have fallen in love with the Valley lifestyle. The best part of my job here is getting to know the locals and putting their stories on paper; there is always something going on and so many people with interesting tales to tell.
Full Profile
0

A LACK of enthusiasm to host New Year's Eve fireworks in Grafton may turn local celebrations into a bit of a fizzer this year.

The disappointing news comes after two years of New Year's entertainment provided by Grafton Shoppingworld, which was embraced so enthusiastically by Grafton families that the crowd swiftly outgrew the carpark venue. 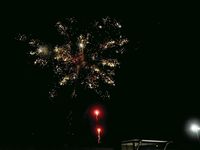 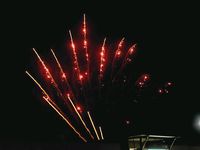 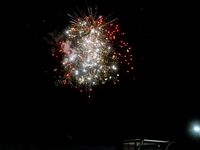 Instead of doing away with it completely, the shopping centre put the call out in June to any community or sporting group that was interested in taking over the organisation of the event.

But even a pledge to sponsor the fireworks display was not enough of a sweetener for a community group to take up the offer.

Shoppingworld's strategic marketing manager Kelle Murphy said they had about five groups inquire early in the process, but nothing had been finalised since.

"We went back to those groups and asked them to come back to us by August 31 with what they wanted to do, in order for us to sponsor fireworks element, but no one has come back to us yet," she said.

"To try and pull it off now would be enormous; for that level of event there's a huge amount of work that has to go into planning and logistical elements, especially with fireworks and huge crowds."

Ms Murphy said perhaps people didn't realise how much work it took to make a public event like that happen, adding it would be disappointing to not see fireworks lighting up the sky as the community ushers in 2017.

"We've just outgrown our venue and it became not viable to run it - having it on site wasn't an option any longer and I just don't think anybody else has been able to come on board to do it," she said.

"It's a real shame, especially when we put so much work into building something up. I still think it would be an amazing event or fundraiser if a group could get the right place to hold it."

A Clarence Valley Council spokesman said no applications had been made to host any public New Year's Eve events in Grafton.

It was also noted that there was no budget for the council to host something themselves.