OPINION: New PM has the chance to make a real difference

OPINION: New PM has the chance to make a real difference

Bill Hoffman Whether taking on developers hell-bent on destroying the Coast’s natural appeal or a Prime Minister indifferent to the plight of the poor, Bill Hoffman has never been one to mince his words. Bill’s been a journalist for 32 years, 29 of those on the Coast. Love him or hate him, he'll get you blogging.
Full Profile
0
34

WITH more than a year to go before the next federal election Malcolm Turnbull's elevation affords him a fabulous opportunity.

Australian voters, clearly disenchanted for much of the past eight years, are looking for more from their State and Federal governments.

Tony Abbott and the government he led with his three-word slogans, tear-them-down politics and an idea-less cabinet were an inevitable embodiment of a process of vote-buying, appeasement and favours that has been taking Australia nowhere but on a downward spiral where even once- proud core national values have been lost or diluted.

Malcolm Turnbull has the opportunity to set a different course, but whether or not he seizes it will be determined by whether his ambition was to become Prime Minister or to be Prime Minister. If it's the former expect to see urbane, charming waffle as he plays the part, but fails the role.

If it is to be the latter he is in for a rough ride.

The transformation of the political process needs real leadership that is willing to challenge entrenched avenues of power and influence. 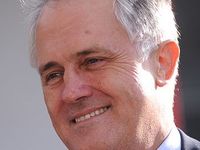 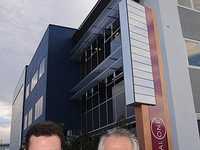 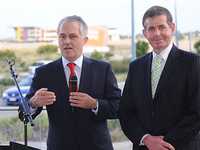 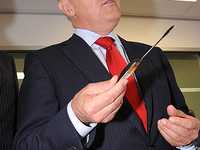 It requires an ability to identify the national interest and put it at the forefront of policy-making. For too long the sector interests of rent seekers with their glib promises of jobs have held sway at the expense of a shared vision for Australia's future.

The party politicians elected to represent us have enabled that outcome, leaving only the rare lone voice to seek balance.

Mr Turnbull cannot legitimately argue for an increase in the GST until he first oversees root and branch taxation reform that ensures loopholes are closed and companies that earn income in Australia pay tax, not avoid it. Neither can he prosecute the findings of the Royal Commission into Trade Union Governance and Corruption without also equal forensic examination of the behaviour of employers.

And with plans to increase dramatically expenditure on public infrastructure, the diabolically cowboy nature of the nation's construction industry with $3bn worth of insolvencies annually has to be reined in by federal legislation that delivers value to taxpayers and security of payment to subcontractors.

Mr Turnbull must also have a conversation with the nation about population. Shared policy of the two major parties has long been that more of it, as coal was recently once thought, is good for humanity.

What hasn't been explained by either Labor or the Coalition is how Third World levels of population growth genuinely improve our nation's prosperity, quality of life and environment, particularly in the context of climate change.

It is understood of course that the interests of developers and the construction sector, some retailers and service providers may be enhanced short-term. But at what national cost?

A genuine discussion about alternative paths to growing prosperity without it may result in a smarter, more agile Australia that has the capacity to lift up those already trapped on the losing side of the increasing rich/poor divide Mr Turnbull recognises and has acknowledged.

He will, like his predecessors, serve at the whim of those around him whose attitudes will be sharply honed by concerns about their own survival.

Early opinion polls suggest the electorate is optimistic about their new Prime Minister, the fifth in as many years.

That optimism is Mr Turnbull's opportunity. It won't last unless he seizes it to guide a cabinet that genuinely wants to govern for all Australians and not just those who have for too long had exclusive access to its ear.