Journey through the history that has shaped our world

Journey through the history that has shaped our world

BE THERE at the places that were the breeding ground of rich, diverse and often dark periods of history from Mafia origins to English battles and Frenchy occult. 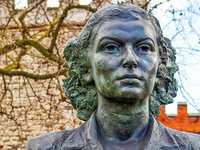 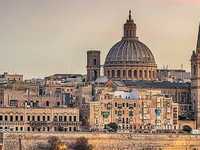 Historical Trips co-founder Nigel Jones said, "In devising these tours, I've taken a bit of a risk and have gone for the dark side of history. I think that people are at least as fascinated by, for example, the plots, poisons and murders in the Châteaux of the Loire, as they are by the superb architecture. It's time to cast some dark on the light side! And our Mafia tour certainly takes a walk down the shady side of the sun-kissed Sicilian streets."

Guests can also spend time at Oskar Schindler's former factory in Poland, enjoy a privileged visit to the home of Sir Thomas Wyatt - rumoured to be Anne Boleyn's lover - on the Darts of Love tour, and tour the tunnels of the Lascaris War Rooms in Valletta on the Malta - The Two Sieges tour.

What's more, the extraordinary story of Churchill's female secret agents will be revealed to travellers in both England and France on the Women of the SOE tour.

To celebrate this birthday Historical Tours has two tours that tell his story in unique ways.

Back by popular demand

For all tour information and costs, go to www.historicaltrips.com/