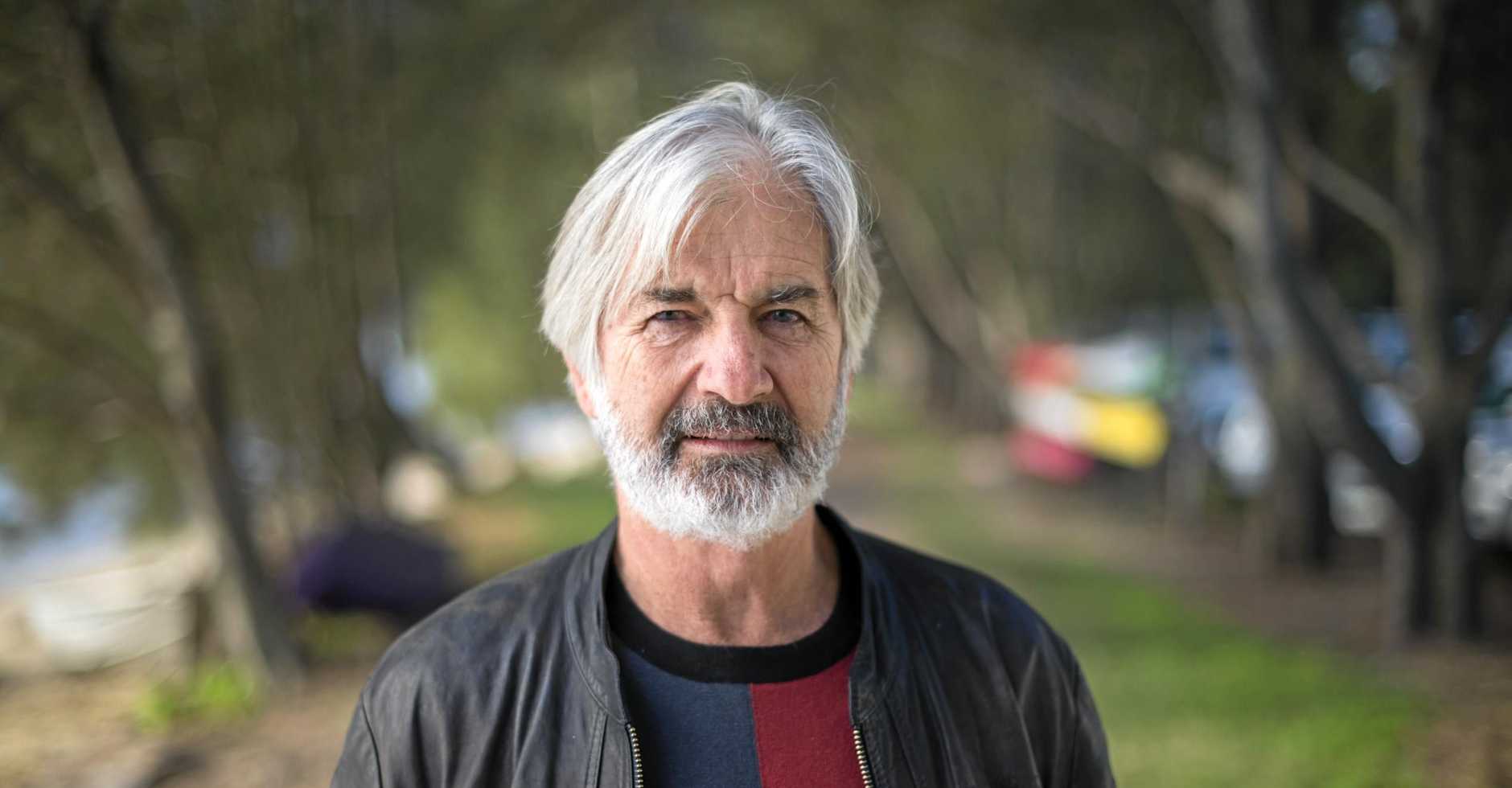 JOHN Jarratt has carved a cult status for himself for his portrayal of a sadistic psychopath in the Australian outback.

But never could he imagine a cold-blooded killer to lurk in his family tree.

"You don't want to think the blood running through your veins was one of a murderer," Jarratt tells Weekend.

The veteran actor, famed for his roles as Mick Taylor in the Wolf Creek franchise and Ned Kelly, goes in search of his mysterious Chinese ancestry in season nine of SBS's Who Do You Think You Are?

Family folklore hints at Jarratt's Chinese heritage. There are undeniable clues too, in photographs of his great-grandfather, grandfather, even Jarratt's own son, Charlie, bearing some Asian resemblance.

"The story goes the Chinese guy fell in love with my great-great-grandmother (Martha Hamilton) and my great-grandfather, George, was born. He was half-Chinese and half-Irish," Jarratt says.

He admits he's more excited to uncover his family history than "starting the filming of Wolf Creek".

"I knew the script of Wolf Creek, it's entertainment," the father-of-six says.

"But this is real and an adventure into my past to find out where the hell I came from."

What he discovers about his family's past almost reduces this hardened Aussie larrikin to tears. His journey takes him back to the township of Jembaicumbene, near Braidwood on the NSW Southern Tablelands. During the 1850s, the region exploded with Chinese and European prospectors in search of gold. With the gold fever came interracial tension, particularly towards the hard-working and prosperous Chinese miners.

"What my mum told me was, my great-great-grandfather was a Chinese guy who was out of work, turning up at our great-great-grandmother's house. He said I can't give you any money but I'll put a roof over your head and give you a feed."

Jarratt learns his great-grandfather George, born in 1869, lists Martha's husband, John Hamilton, as the father on his birth certificate. But this doesn't explain George's Chinese characteristics. John Hamilton dies in 1870 and Martha continues to have children.

A newspaper article from The Manaro Mercury in Cooma from 1879 confirms Jarratt's suspicions of his ancestor's infidelity:

"It seems that an old woman named Martha Hamilton, who according to her own admission, has been living at Jembaicumbene for the last 16 years in a state of adultery with Chinaman Chew Qaong, about as ugly a specimen of Mongolian humanity as it is possible to conceive," Jarratt says.

"The Irish in me wants to punch this guy right in the mouth who wrote this, talking about my great-great-grandfather like that."

Since divorce was something only the rich could afford to undertake in those days, Martha's children fathered by the Chinaman carried the Hamilton name while she was still married.

"My great-great-grandfather ended up living with my great-great Irish grandmother, who already had six kids. He moved in and they had another five."

Ancestry.com genealogy expert Brad Argent, who analysed Jarratt's DNA results, says it's not uncommon to find something completely startling about your own family history.

"But the challenge is when will you find that," Argent says.

"For some of us, it could take 20 years to find that 'wow' moment, for others it's almost immediately. This is what I love about Who Do You Think You Are? It shows you a very condensed, but in a beautiful narrative, just what it can be to do your family history. As they (the stars) learn about their ancestors it gets to a point where it has a very personal impact."

That moment for Jarratt is the discovery of the suspected murder of his great-great-grandmother at her home, reported in The Age in 1881:

"A woman named Martha Hamilton has been missing for a few days. Her clothes have been discovered with marks of blood on them. A Chinaman named Che Chong, with whom she cohabited, has been arrested on suspicion of being the murderer. The Chinaman was seen by children chasing her and was afterwards seen washing blood off her clothes."

It's a skeleton Jarratt had no idea was living in his family's closet.

"I thought how the hell did I miss out on this bit," he says.

"I couldn't believe it. You'd think that if there was a murder you would have heard about it."

Jarratt visits the local Braidwood courthouse in his continuing search and in an astonishing twist he learns that all isn't as it seems. An article from the Glen Innes Examiner two weeks later reveals:

"After a strong prima-facie case has been made on circumstantial evidence, an important witness was called for the defence. This was no other than the missing woman herself," the news clipping reads.

"It appeared that she threatened to leave the Celestial's companionship and to prevent her going out he smeared her clothes with the blood of a pig. This failing he hid from her but she went away in spite of all. On hearing that he was arrested for murdering her she returned to give evidence on her behalf. The prisoner was acquitted and he left the court with her, who the prosecution had described as the 'poor murdered woman'."

"Thank God for that," Jarratt cries.

"What a mad bloody family."

Two months after the staged death, Martha and her lover are married. The marriage certificate reveals the name of the mysterious man as Kong Yott.

"It was as though he was giving her a lesson and she wanted him back and would do anything to get him back. In the end, I thought they were very much in love. At core, they were soul mates. That's what it told me. Sure, they argued incredibly, which I'm not surprised about because I come from an Irish working-class family. Yelling and screaming is a big part of my family.

"It's empowering to know where you come from. I felt fed by it (the experience). There's more nuance to it (his life) than there was before and that's just on my nanna's side."

For now, he's happy to continue playing murderous Mick, with talks of a third season of Wolf Creek on the horizon after the series' ratings success on Stan.

"It's a gift that keeps on giving," he says.