THERE is nothing boring about Canberra and its surrounds; it's a place that is alive with entertainment, exhibitions, markets, art, outdoor and indoor activities.

The list of places to visit is impressive - national gallery, museum, zoo, aquarium, archives and library. Then there is Questacon (fun for kids and for seniors), the Mint, War Memorial, old and new parliament houses, Banjo Patterson Park, Brindabella National Park and a whole lot more of everything for you to see and do.

Let's not forget all the events that are on in Canberra. Top of the list for the coming year are - 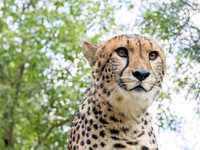 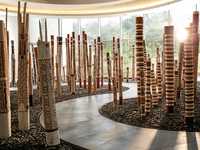 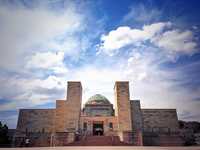 Arthur Streeton The Art of War at the National Gallery of Australia. Bringing together key works from collections around Australia and overseas, an important survey exhibition of Arthur Streeton's war art. Open until April 29.

Lustre: Pearling in Australia at the National Museum of Australia. Discover the intriguing stories behind northern Australia's unique pearling tradition. Learn how pearls and pearlshell evolve, and hear the stories of the people who have collected and harvested them. On until July 22.

1968: Changing Times at the National Library of Australia. Sex, drugs, rock 'n' roll...and a missing prime minister 1968 was momentous. A time of tumultuous world events, including the Vietnam War and the assassinations of Martin Luther King and Robert Kennedy. On until August 12.

Glorious spring Floriade is a floral display of more than a million bulbs and annuals planted across 8000 square metres of inner city parkland. It's a diverse, ever expanding program of music, cultural celebrations, food and wine, horticultural workshops, market traders, artistic displays, entertainment and recreational activities. On from September 15 to October 14.

For more information on ACT events and venues, go to w: visitcanberra.com.au.