A DEDICATED, driven and competitive man has been remembered by the Fraser Coast sporting community after a tragic crash on Tuesday afternoon.

Masters swimming champion and triathlete Christian Thiess, 78, died after his bike collided with a parked ute while he was out on a training ride on Torquay Terrace about 5.30pm.

"He had very clear goals about what he wanted to do," Mr Downes said.

Christian had dedicated his life to sport, narrowing missing representing Romania at 1956 Melbourne Olympic games for fears he would defect to the West.

But, it was not until recently the keen athlete took up the sport of triathlon, with the aim competing in a full Ironman race next year.

Christian was on a training ride for the Cairns half Ironman race set down for June when the freak crash occurred.

Paramedics worked to revive him but were unsuccessful.

Police are investigating the cause of the crash.

COMMENT: Cyclist given dignity in death thanks to efforts of locals 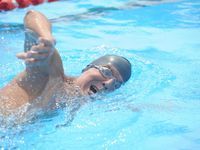 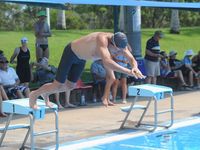 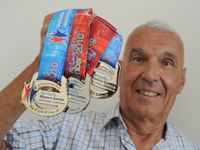 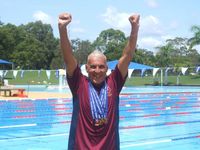