Bill Hoffman Whether taking on developers hell-bent on destroying the Coast’s natural appeal or a Prime Minister indifferent to the plight of the poor, Bill Hoffman has never been one to mince his words. Bill’s been a journalist for 32 years, 29 of those on the Coast. Love him or hate him, he'll get you blogging.
Full Profile
0

A PUBLIC celebration of the life of the founding father of Australian triathlon, Garth Prowd, will be held in Noosa Woods next Friday.

The driving force behind the Noosa Triathlon and the modern Ironman series, Garth died in a Barcelona hospital after a crash during a training ride in Spain.

His body and the extended family that were beside him during his last hours, returned to Noosa on Monday.

Awarded an OAM for his services to sport, Garth Prowd also served on both the Tourism Noosa and Sunshine Coast Council Events boards lending his extensive experience to the development of sports tourism. 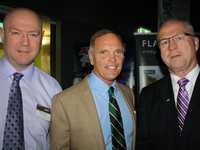 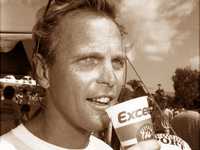 A much-loved member of the Noosa community he was also, at the time of his death, patron of the Noosa Heads Surf Life Saving Club and an invaluable advisor to its board.

Much loved and admired husband of Robyn, father of Sally, Megan and Katie, adored grandfather of Hugo, Milo and Iris, father-in-law to Matt and Ben, and friend, mentor and inspiration to countless others, he will be endlessly missed.

The Prowd family has warmly invited friends and family to join them at a memorial service to celebrate Garth's life, on August 18 from 1pm at Noosa Woods, Hastings Street, Noosa.

Following the memorial service family and friends will gather at Noosa Surf Club, from 3-5pm.

A smaller funeral service for close family and friends will be held on August 17 at Pepper's Noosa Resort, from 3pm.