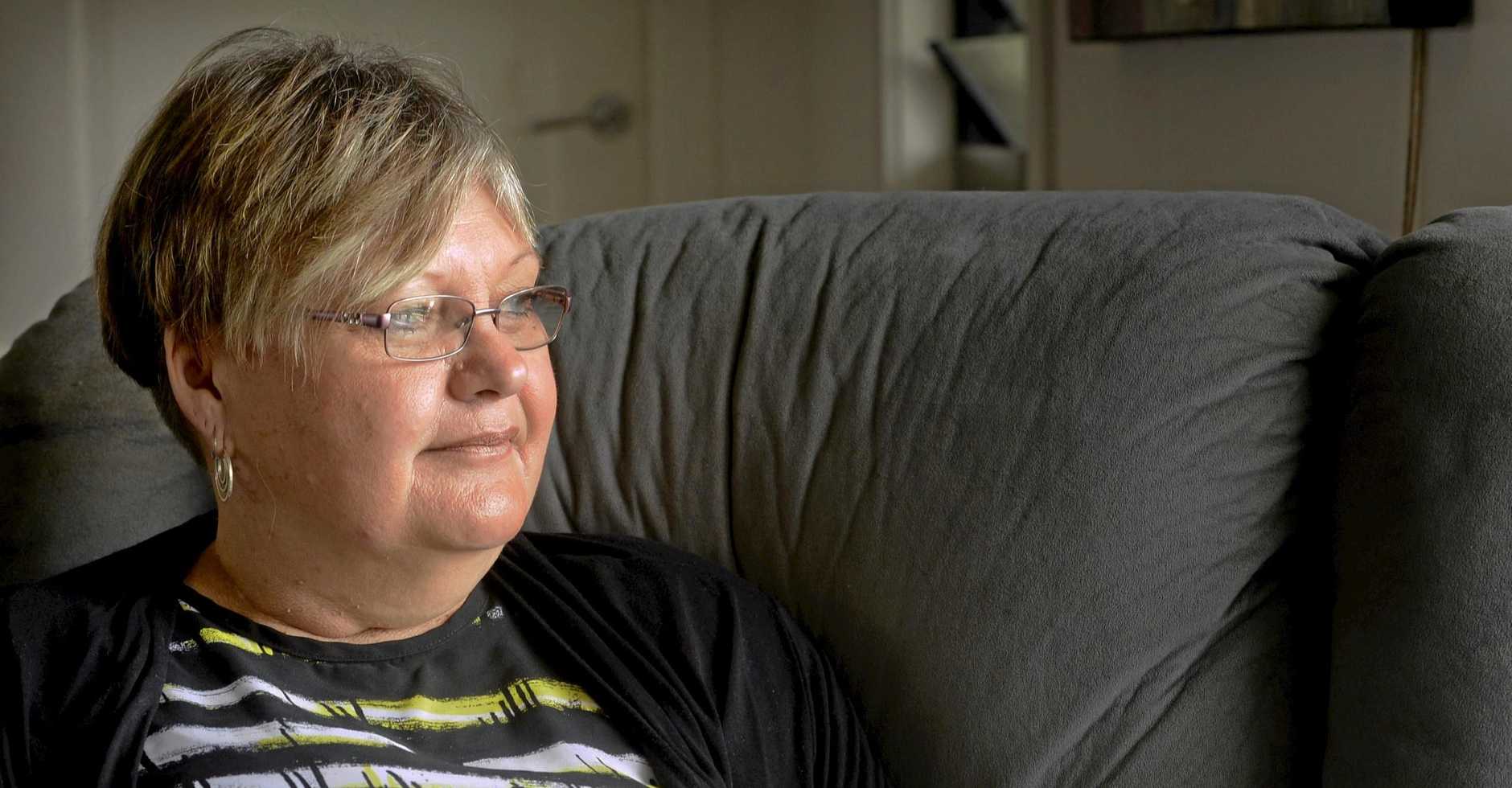 IMAGINE not knowing who you are, being lost in a historic unforgiving and traumatising black hole.

For Janene Cleaver (nee Blanch), that is what searching for her birth mother has been like.

Despite always knowing she was adopted, Janene felt she needed to know who she really was; she wanted to find her birth mum.

But with "the best parents on earth" by her side, she felt she was doing them a disservice.

After her mother died, Janene felt it was time to dig deeper into the story of her birth.

"My adoptive parents were older, 40-something when I was born. They tried to go through the normal services but there was such a waiting list so they went through the church," she said.

"They went to their minister and he said to go to Saint Mary's Home Toowong, they did that and put in an application and within six months they got me."

On the surface, Janene's adoption looks like any other, but it's only the beginning of an awful and gut-wrenching story.

Rosemary was 17 when Janene was born, and she believes her father was 19.

Two years before she was born, her grandfather died in a plane crash in Mackay, and when Rosemary fell pregnant, her mother sent her away.

Last year, Janene travelled to Brisbane for the anniversary of the Queensland Government's apology for women living in places like Saint Mary's Home.

"I was born at the private hospital, some weren't. When we went to the apology, we talked towomen who had to give up their children and it was cruel," she said.

"They were scrubbing floors, they had babies in the kitchen. Some of them were strapped to the tables (when giving birth) with a curtain or a pillow up so they could never see their baby.

"One lady said she was sedated so much she didn't even know she'd had her baby. They were made to sign these forms to give up their babies.

"One lady said she was told her child was dead. He came looking for her 30-something years later and found her.

"I didn't know this existed until last year, I just thought everything mum and dad told me was spot on, but I don't think they knew this - no one knew what was happening in these homes."

Dawn said she was told the money should not come in cheque form, but should be given in cash. She did not receive a receipt.

It was during McGregor's time at the home that Janene was born, and while it can't be proved, she believes she may have been one of the babies sold, and that her parents paid £50 for her adoption.

"We can't say yes or no that I was sold," she said. "But it looks very much like I was one of them.

"The matron, Ivy McGregor, was telling people that she needed the money to help the church going. She didn't, she was keeping it for herself."

Desperate to find her mother after hearing all the horrible things that could have happened to her, Janene searched through Facebook and finally tracked her down.

"But she doesn't want anything to do with me," she said.

"It feels horrible, it's ripped me apart, because my whole life my mum and dad always said 'your mum always wants to see you, she's a big part of your life'. Mum said she's got a right to know she had grandchildren.

"This forced adoption thing has been the worst. Reading about what these women have been though, talking to them, and I think my mum went through the same thing and it's awful, I didn't even think it happened in Australia."

It was a huge shock for Janene when Rosemary told her Benevolent Society case worker she wanted nothing to do with the child she gave up so many years ago.

"I'm not cranky at her. I'm disappointed and I'm hurt but I understand where she is coming from," she said.

"She's got another life now and she's got kids, but it still hurts. It ripped my dreams apart. I've got what this lady looked like in my head, I was going to meet her, it was going to be all rosy - it's stupid, but that's how I thought."

Now Janene is searching for her dad, but she doesn't know anything about him.

"My uncle can't tell me anything," she said. "He doesn't even know my dad's name, he thinks they got married... and he thinks I have two full brothers."

She found out all their names when a friend helped her track down her grandmother's death certificate.

"What I can gather, she hasn't told her new family about me. I don't even know if my father knows about me. I suppose opening it up again is too painful," she said.

With no firm answers, Janene is still searching for the truth about her birth and who she really is.