THERE are a whole lot of sizzling new acts being served up at the 8th annual Blues, Brews and Barbecues event at Grafton racecourse on February 12, from a legendary guitarist to internationally loved duo well-known for their boisterous roots music and contemporary folk.

The event will be held on a Sunday this year co-ordinating with the Yamba Cup race day offering punters the best of both worlds whether you are there for racing, music or both. The day will also feature the $150,000 Northern Rivers Country Championships Qualifier. 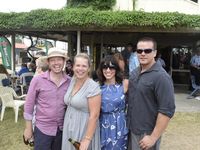 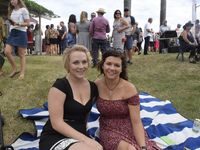 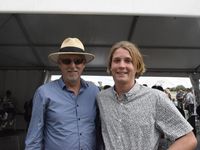 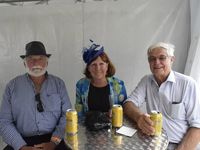 Clarence River Jockey Club executive officer Michael Beattie said this year's BB&B would be very much the same formula as previous events except it would have all-new acts and be held on a Sunday.

"The intention is to always to try and attract new acts to Grafton but sometimes they are just not available when we are racing but this year events manager Wayne Phillips did a great job," Mr Beattie said.

"I'm tone deaf so I leave that up to him. It's also a bit earlier this year as we have to fit in with race meetings so there's no certainty from year to year when it will be. It will be our first one in February."

Mr Phillips, or Tank as most know him, said he made a few calls to secure this year's stellar line-up of artists, saying it was time to freshen up the event.

"All the artists are pretty excited to be a part of it," Mr Phillips said.

"They also helped me find other artists. The Hussy Hicks referred me to Minnie so it's great we were able to get both of them. I did a bit of research on all the artists so it should be a great afternoon."

Putting the brews into BB&Bs are a line-up of local and international craft beers including James Squire, Italy's Birra Moretti, Japan's Kirin, and Byron Bay Lager.

There will also be gourmet food including Bangalow ribs, steaks and Blues burgers and the kids will be entertained with rides, a jumping castle and face painting.

"We're on a winning formula so we're sticking to that. It's a feel good, laid-back afternoon for people to enjoy and there's something out here for everyone. If you're not into racing come for the music and food."

Anyone who loves guitar playing would know Phil Emmanuel. With more than five decades behind his instrument of choice he cites his major influences as The Shadows, Chet Atkins, Dire Straits, Jeff Beck and Santana.

Over the years, Phil has shared the stage with many of his idols, including Chet and Eric Clapton. He has toured the world and performed with legends including Amercia, Tammy Wynette, Dolly Parton, Willie Nelson, Charlie Pride and The Doobie Brothers.

His powered guitar instrumentals delivered in his own unique way is a must for any guitar nut. Be prepared for a serious case of jaw drop.

Since forming in 2006, Julz Parker and Leesa Gentz have forged their own, very unique way into the global music scene. Fearlessly independent, the genre defying Hussy Hicks have followed a trail of possibilities, random twists and turns and discovered a musical world all of their own. Their influences are drawn from family record collections of old school blues and country, and from their travels, combining a distinctly Australian roots edge with European gypsy guitar, Arabic rhythms and optimistic social commentaries.

Julz is regarded as one of her country's finest guitarists and Leesa is most recognised for her soaring vocals and joyful, endearing stage presence.

They spread good vibes across festival stages and venues throughout Europe, America and Australia, with the single goal of playing music for the absolute joy of it.

With an insane talent that's out of control, playing what Minnie calls dirty sweet rock and roll, this young singer/songwriter/guitarist/multi instrumentalist has been eating up girl bands since 1994.

Minnie Marks is not just some blazingly electrified acoustic guitar playing freak of nature, but also a rare and triple threat: singer, songwriter and multi-instrumentalist. Be warned, her show will take you on a dizzying, riff rock rollercoaster ride with songs written over the past years of her musical journey around the world.

Slim Jim and the Boney Hardmen

Local blues muso from Bellingen, Jim teams up with some of the hottest players in the region bringing a slamming set of swamp laced soul, funk and blues. Big horns, dirty guitar and a tight-as rhythm section. These boys will get you out of your chair and having you stomping up a storm in no time.