GREEN THUMB expert Don Burke reveals some little known secrets about his passions that have kept the enthusiastic gardener, television star and flower show guest living life to the full.

While he continues to delight all who are lucky to meet him as travels Australia presenting at gardening shows, when those jobs are complete, the outspoken advocate for keeping life simple, but fun, retreats to his small acreage to continue working on this garden and other enthralling passions.

Tucked away in one corner of his Sydney home is a secret garden the Don has nurtured for the enjoyment of his two grandsons. 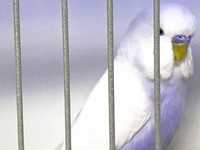 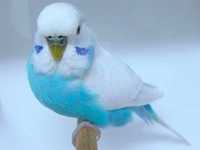 He has planted under the garden's rock overhang native orchids which the children enjoy picking and presenting to their mother.

In another corner of his five acres he grows Australian indigenous plants, most of which are local natives. It's one of the few of its kind in Australia.

From time to time Don even allows overseas visitors to the private garden.

"A while back we had a big Chinese group came through as they hadn't seen Australian gardens," Don said.    During the visit, his wife Marea and he set up lunch using native Australian food.

"The guests were mostly men and were quite worried about eating crocodile, so I told them it was great for virility, at which point they ate the lot," he quipped.

The only native edible plant he grows in that garden section is the common lilly pilly.

"It produces little berries, about the size of a pea, and abundant fruit, and that makes a brilliant jam like quince jelly, and a great sauce to use on meat."

In another part of his garden, quarantined from the indigenous section, are his lovingly cultivated citrus and vegetables plants.

The 70-year-old remains full of energy and enthusiasm for promoting happy, healthy lifestyles.

He remembers his Burke's Backyard television show as the pioneer for the cloned television lifestyle shows which now seem to dominate our prime viewing times.

"I trained as a horticulturist and was a nurseryman for many years," Don said.

"I then noticed worldwide that the media, in terms of lifestyle and gardening, wasn't very professional.

"It was really more out of anger and disappointment at how gardening shows were, that I just determined to do it (the show)."

From there Burke's Backyard was born. But, don't ever call it a gardening show. Don said it was all about Australian's backyards.

"We invented the concept of lifestyle. From day one it consisted of dogs, cats, backyard pools, kids, decorating the house, building, cooking and plants," he said.

As to why he almost always wore a woollen jumper on the show, he reveals they were the solution to the problem of where to put his microphone so it would stay close enough to clearly catch his voice.

"Very quickly after we started doing that, many women started sending in jumpers. I loved these jumpers," Don said.

During the show and by its end 18 years later, Don made sure his jumpers were donated to charities which helped raise "many thousands of dollars".

One passion Don doesn't talk a lot about widely, but which he has treasured for 64 years, is his delightfully colourful budgerigars.

"I have never really distinguished plants and pets; I think they are the one thing," he said.

"I started breeding exhibition budgies at about seven or eight, published my first genetics theories at 12, so I was a strange little kid.

"One of the great things about getting old is you can return to the passion of your life.

"For those that are not doing what is their passion, get a life and go do what you love doing."

When asked if he was planning on slowing down any time soon? An emphatic "no" is all that can be heard from the energetic lifestyle leader.